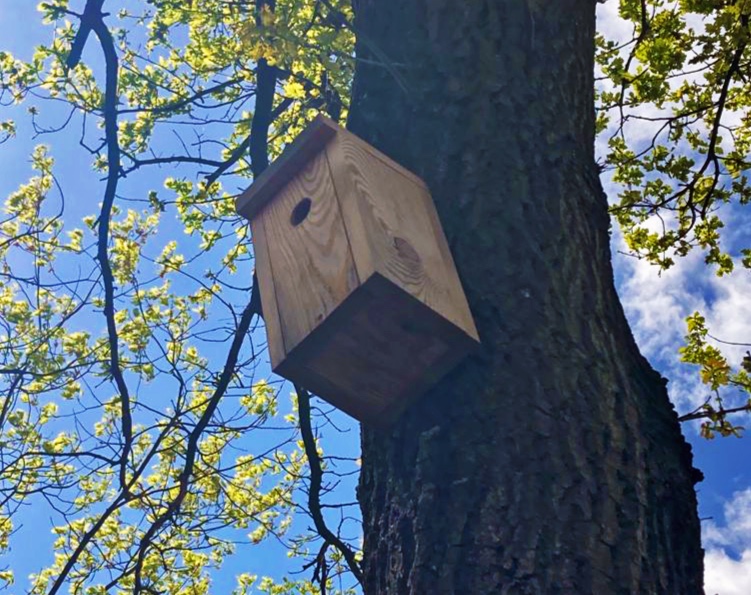 Dirk Peeters is foreman of the green service of the Municipality of Beerse. The green municipality has been experiencing a lot of nuisance from processionary caterpillars for ten years. Last year a sustainable control method was tested: birdhouses for great tits and blue tits. For this, the municipality worked together with the green and wood department of A-kwadraat.

How ​​did you come up with the idea of ​​using birdhouses to fight processionary caterpillars?
Dirk Peeters: “Due to the drought in recent years, processionary caterpillars are much more common. They cause nuisance in public places. Oak avenues and hiking trails in particular form an ideal biotope where there is a lot of passage. Sometimes we count up to twenty nests per tree. When there is a little wind or caterpillars start to migrate, the stinging hairs fall down. Some people are very allergic to it. Last year I was also lucky enough to feel the stinging hairs, it's not pleasant (laughs).

Until now, we have focused on raising awareness, 'there are caterpillars here, stay away', and we burn the caterpillars away, but it is not obvious to have all the stinging hairs removed. In 2020, people were not allowed to go far, so they sought relaxation in the area. This made the problem even more noticeable and we received many reports and complaints.

The Province of Antwerp has delved into the matter. Processionary caterpillars can apparently be controlled by great tits and blue tits. To attract them you have to place birdhouses. Within the working group we looked at the option and it turned out to be interesting for us. In the end, the town council decided to go for it.”

After that, a collaboration with A-kwadraat was set up. How did that go?
“We have been working with A-kwadraat for several years, either directly or subcontracted. The green teams of A-kwadraat do greenery maintenance, paint benches and street signs. I knew A-kwadraat also has a joinery. So I asked if they could make and hang the birdhouses. I received enthusiastic reactions via Tony (the chief supervisor Green, ed.) and the supervisors. We launched a competition and A-kwadraat appeared to be the most suitable partner.**

What happened exactly?
“Almost 200 birdhouses have already been installed and another 200 will be installed this year. I have defined all locations and the number of birdhouses per location. A-kwadraat got those plans and carried them out. I haven't gotten everywhere yet, but I've seen tits in several places.

Now we're investigating if we can go a step further. The birdhouses need regular maintenance. This came up during the discussions and there is a possibility that we will expand the cooperation further. During the first maintenance we will see how many have been occupied this year.” 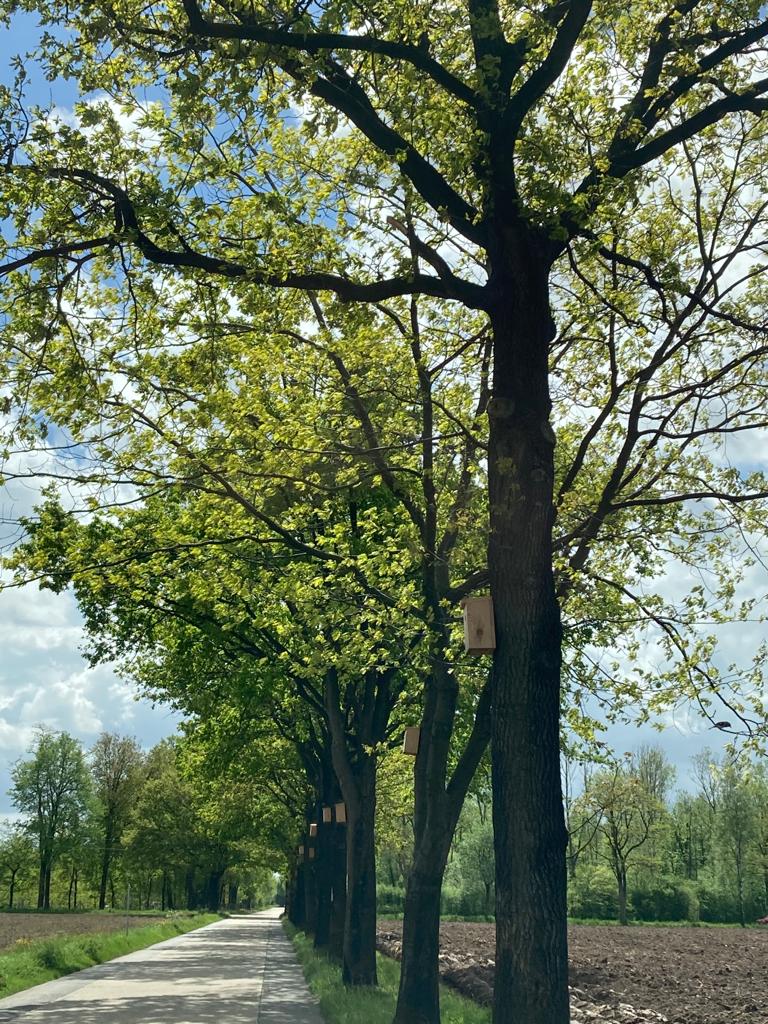 We also try to include the ecological aspect if this is economically feasible. We are not imposing it yet, but I think we will in the future.
Dirk Peeters, green service Beerse

Do you already notice results or what results do you expect?
“It is difficult to draw conclusions in the first year. We expect to see the impact within three to five years. Gradually, the population of tits should grow. Birdhouses are one factor in this evolution. The processionary caterpillars are a food source for the birds from late April to early July, which roughly coincides with the first clutch of tits. I expect the best results in environments that are more natural anyway, where the tits also find enough food during the rest of the year.

But for now the season is going well: it is not too hot and it rains regularly. I am hopeful that there will be fewer caterpillars this year."

What is the added value of a partner like A-kwadraat for you?
“One of the people who made the birdhouses is the son of a colleague of mine. A number of residents of Beerse also work in the green teams of A-kwadraat. I like that local, personal connection.

The contact with the employees, with the foremen and with Tony is also very open and flexible. If there is anything, we will contact each other. It can always be arranged. And the work that A-kwadraat delivers is top notch. In fact, I don't even have to check. Blind trust is the keyword in the collaboration.”

A-kwadraat also focuses on sustainability. Among other things, by making the machinery for green maintenance more sustainable. Do you think that's important?
“I'm all for it. We also try to include the ecological aspect ourselves if this is economically feasible. We are not imposing it yet, but I think we will in the future. Electric machines also have other advantages. There are environments in which we want to strive for a certain level of silence, for example in cemeteries, near schools and residential areas. They also improve working comfort for employees. So it will become increasingly important.”